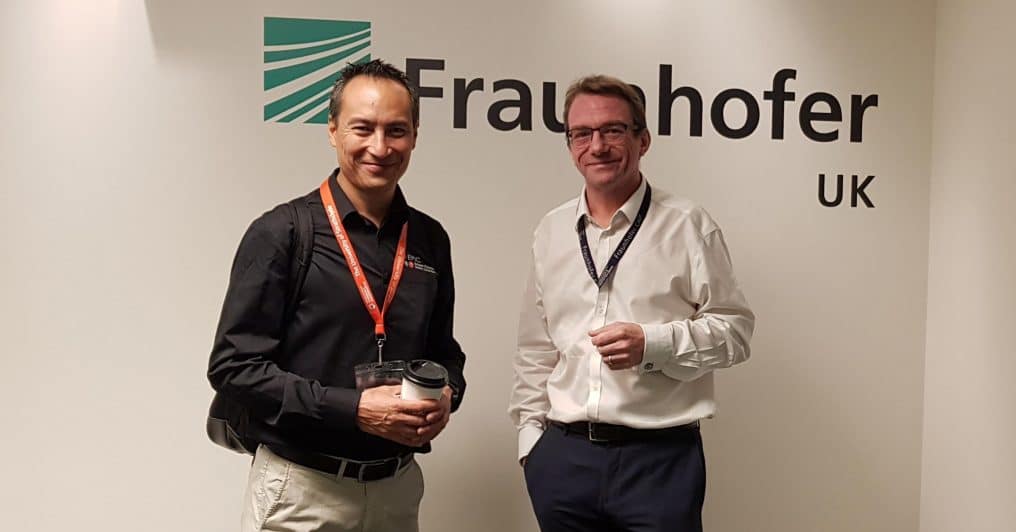 For over a century, Scotland has been at the cutting edge of photonics innovation, with leadership in areas such as lasers, optical transceivers, Li-Fi and quantum technologies. With over 50 companies at the heart of its photonics cluster and with support from a globally recognised academic base and a powerful network of translational assets and RTOs, Scotland’s Photonics Sector is well-placed to continue address some of the world’s grand challenges, making its reach and influence truly global.

Since 1994, the sector has also been supported by the Scottish Optoelectronics Association (SOA), one of the oldest national photonics organisations in the world and one of the largest technology communities in Scotland. In April 2019, multiple key events will place. The SOA will be celebrating its landmark 25th anniversary. As part of its celebrations, the SOA is welcoming EPIC’s annual general meeting to Glasgow, Scotland – the first time in its history that the event has been held in the UK. The event gathers more than 250 executive level photonics experts and decision makers.  At the same time, the International Optoelectronics Association (IOA) will also be holding its Annual Meeting in Glasgow.

As part of our preparations for welcoming the EPIC AGM to Glasgow in 2019, we were delighted to host Carlos Lee, Director General of EPIC, to Scotland for a 2-day visit during the month of August. During his stay, Carlos had to opportunity to catch up with EPIC and Technology Scotland members and sponsors over 2 networking dinners, as well as visit local companies such as Fraunhofer and UniKLasers, and discuss the sector in Scotland, its growth, and how it stands to benefit from hosting the EPIC AGM.

Stephen Taylor, CEO at Technology Scotland, said, “I am delighted to welcome the EPIC AGM to Glasgow next year. This is a real opportunity to showcase the pioneering work being achieved by Scotland’s Photonics Sector and to strengthen our ties with the European Photonics Community. Along with the 25th anniversary of the SOA and the IOA AGM, this event is sure to leave a lasting impression on attendees”

It was fantastic to catch up with EPIC ahead of the AGM, and we warmly invite you to join us in Glasgow in 2019 to enjoy a series of presentations, workshops and networking events, as well as some traditional Scottish entertainment. Please do make a note of the agenda below – we’re looking forward to seeing you there!

Thursday 11 April: EPIC AGM at University of Strathclyde’s Technology and Innovation Centre, followed by a Scottish networking dinner and entertainment at the Grand Central Hotel, Glasgow