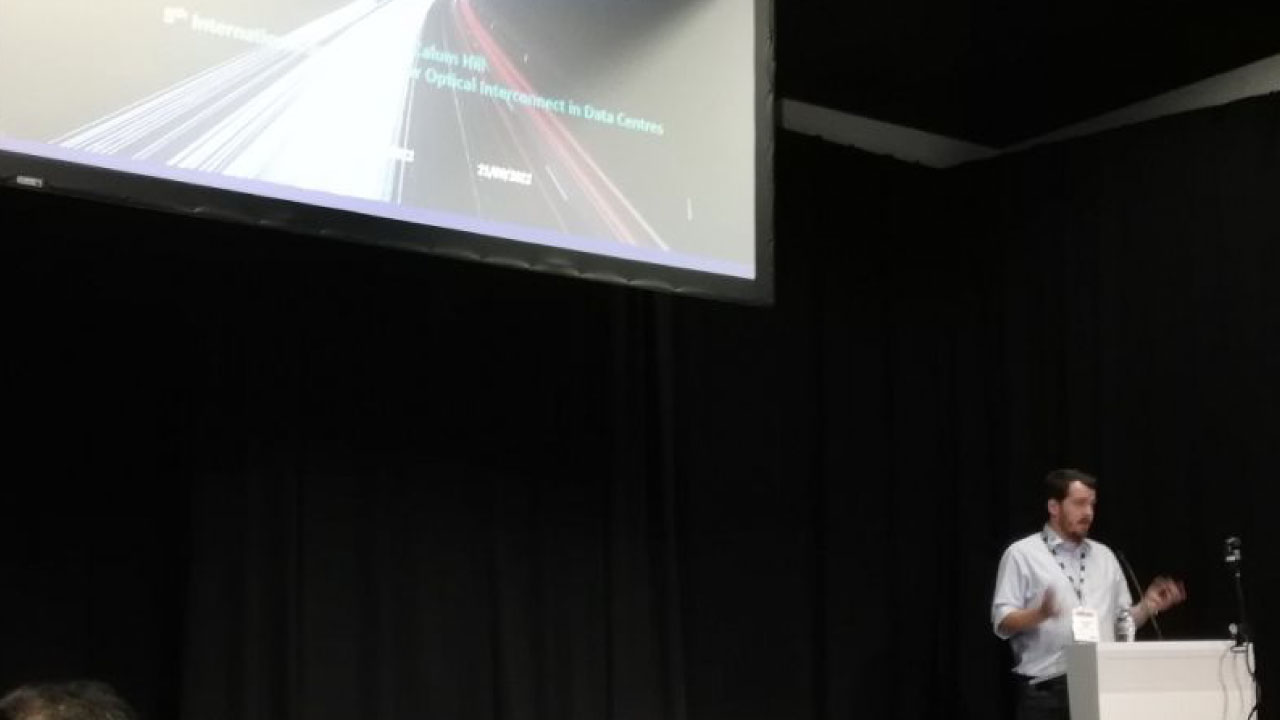 This article was first published by Vector Photonics.

Dr Calum Hill, Principal Development Engineer at Vector Photonics, joined other leading technology companies to present at ECOC’s 8th International Symposium for Optical Interconnects in Data Centres. Vector Photonics was invited to present by Richard Pitwon, part of the ECOC Symposium organising team. He recognised that as datacentres look to co-packaged optics (CPO) for delivering interconnects of 800Gbps and above, Vector Photonics’ unique, all-semiconductor PCSELs are the leading technology solution. They have the additional benefits of reducing power consumption, latency, physical connection size and costs.

Calum Hill, said, “The current, transceiver, optics technology used in datacentres is at its limit and unable to keep pace with demand for cloud services. This is a critical moment for datacoms and one Vector Photonics PCSELs address. Our all-semiconductor PCSELs attracted a lot of attention and were seen as the foremost laser solution for 800Gbps optical interconnects and above.

“I presented alongside ADVA, BT, Huawei, IBM, Infinera and NVIDIA, as well as numerous universities from around the world. Many of my fellow presenters described PCSELs as the most innovative laser technology in years.”

As surface emitters, PCSELs produce better power scaling and beam divergence than conventional lasers, as well as simpler silicon photonics fabrication. PCSELs are not dependent on the base epitaxy used, allowing the flexibility to manufacture at different wavelengths, not only for multiple datacoms but also for telecoms and other CPO applications.