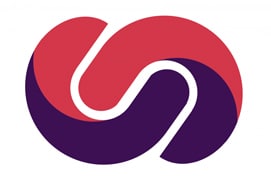 The UK government’s innovation agency, Innovate UK, has created a number of technology and innovation centres called Catapults, which are designed to accelerate and simplify the path from research to commercial products in a number of industries.

Innovate UK is now setting up a Catapult focused on compound semiconductor applications, helping industry exploit the significant advances made by UK researchers over the past two decades. This Catapult will provide translational research facilities to accelerate the commercialisation of compound semiconductors in key application areas including: healthcare, the digital economy, energy, transport, defence and security, and space.

The goal for the Catapult is to bridge the gap between companies developing novel semiconductor materials, topologies and devices, and those developing systems for end-user applications. Working with companies and complementary research facilities, the Catapult is expected to take a leading role in defining the world’s premier compound semiconductor cluster in South Wales. It is seeking a Chair to help shape the formation of the Catapult, including key decisions such as the appointment of a CEO.

Find Out More and Apply Here