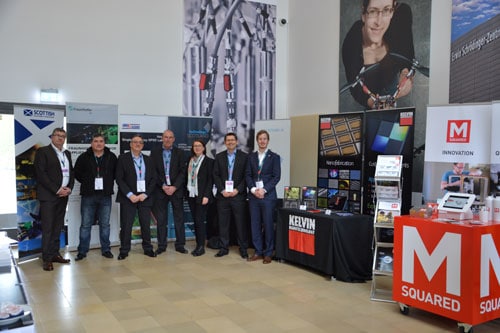 Recent research by the European Technology Platform, Photonics21, shows that Germany is Europe’s largest Photonics market, representing 41% of all European Photonics production. Comparing this to a UK figure of around 10%, it is easy to see why Germany has become the key European Export Market for the Scottish Photonics Sector.

The Scottish Government has also identified Germany as a key trading partner, and in 2017 announced the creation of a new, fifth, Innovation and Investment Hub in Berlin, to complement its partner Hubs in London, Brussels, Dublin, and Paris. The New Berlin Innovation and Investment Hub is designed to raise Scotland’s profile in Germany, and to promote collaboration and cooperation between Scotland and Germany in a number of key areas.

Photonics in Scotland has strong leadership in cutting-edge areas such as lasers, optical transceivers, Li-Fi, and quantum technologies and we were therefore keen to support Scottish companies – and our members – by providing the opportunity to take part in the first Photonics Trade Mission with a fully funded exhibition space at the conference.

For our Scottish attendees, this proved a fantastic opportunity to showcase their work to an international audience, and network with leading companies and organisations from all across the world.

Delegates were also able to attend the 8 workshops and further promote themselves at a Scotch Whisky Tasting Reception supported by the SOA and SDI. 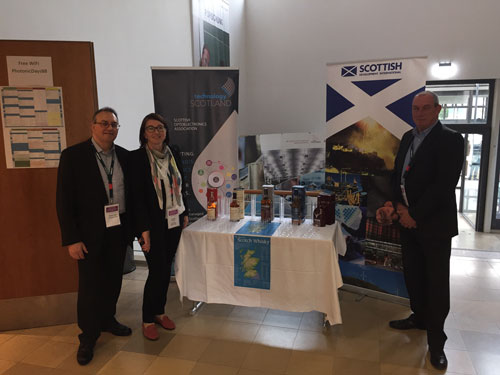 Miles Padgett, Professor of Optics in the School of Physics and Astronomy at the University of Glasgow, who represented QuantIC, said: ‘it [the conference], was really good – especially having the exhibit. [We met] two very solid leads which we are now acting on, and have had follow up discussion and agreements…we would attend again – especially if we got to exhibit’

The next Photonic Days will be held on October 17th and 18th 2018 at WISTA in Berlin-Adlershof.

The SOA has early plans to attend the conference again in 2018, and we call on any interested parties to get in touch at [email protected] to register their interest or to discuss participation at the event further.