Autumn Budget 2017: Government gets behind the UK tech sector

Autumn Budget 2017: Government gets behind the UK tech sector

Last week the Chancellor of the Exchequer, Philip Hammond, set out his Autumn Budget. In it, the Government pledged their commitment to investing in the UK tech sector, innovation and science-led industries, with a vision to provide greater opportunities for the next generation. 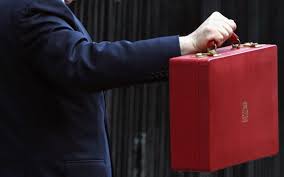 In particular, the Budget set out new investment for maths and computer science, as well as funding for new technologies such as Artificial Intelligence (AI), immersive technology, driverless cars, life sciences and FinTech, with hopes that the UK will become a world leader in these areas.

There were also commitments to creating an economy with more high-skilled and better-paid jobs, underpinned by increased investment in the skills and infrastructure needed for the future. Following the findings of Technology Scotland’s 2017 Skills & Recruitment Survey, which made clear the need for new greater skills across the technology sector, we welcome the recognition of this problem and urge the Government to address the skills gap for current and future generations.

What were the key announcements?

• £2.3 billion for R&D, as well as increasing R&D tax credits to 12%, design to stimulate innovation
• A Commitment of £500m to new technologies from artificial intelligence, to 5G and full fibre broadband
• £540m to support the growth of electric cars, including more charging points. As the managers of MaaS Scotland, a new Special Interest Group promoting smart travel in Scotland, we welcome investment in more technology-led and greener transport.
• Patient Capital Review which frees up £20 billion of new investment into UK scale-up businesses, allowing long-term investment into for some the UK’s most innovative new businesses
• Creating a new £2.5 billion fund via the British Business Bank, which will be dedicated to ensuring that more fast growth businesses have access to the capital to become the next UK unicorn
• £30m to develop digital skills distance learning courses
• £35m for better connectivity on trains

And specific to Scotland…

• Scotland’s Oil and Gas industry to benefit from the introduction of a Transferable Tax History, enabling oil companies to pass on their tax history to new buyers when they sell their UK oil and gas fields. This will encourage investment in North Sea oil production, safeguard jobs and ensure that the UK benefits from every last drop of oil.
• As well as continuing to support the Tay Cities and Stirling and Clackmannanshire City Deals announced at Autumn Statement 2016, the Chancellor revealed that the UK Government would begin formal negotiations for a Borderlands Growth Deal. Once agreed, this deal will support local priorities and bolster the region’s economy.
• Finally, the Chancellor also set out plans to boost the Scottish Government’s budget by £2 billion.

Stephen Taylor, CEO at Technology Scotland said: ‘The UK’s technology sector is at the heart of change and innovation. Our Brexit and Skills Surveys during 2016-2017 revealed that some of Scotland’s largest and most valuable companies have concerns about attracting the highly-skilled roles needed, therefore we welcome the Chancellor’s commitment to investment in future generations to build the knowledge and skills required. Further investment in areas such as AI, immersive technology and driverless cars will ensure the UK cements its position as a world leader in these areas, providing high-quality and high-paying jobs. However, we urge the UK government to also address the skills gap currently witnessed across companies in Scotland and the wider UK. This, coupled with the uncertainty of Brexit and the freedom of movement, needs greater clarity to ensure our technology sector does not lose its edge’