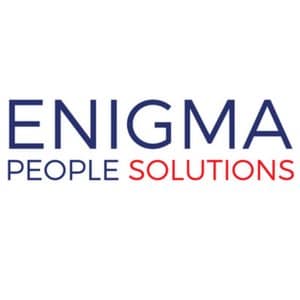 It’s often that we only see the surface of what Scotland’s technology industry has to offer. This is especially true of the Enabling Technology sector, which actually boasts 10% of Scotland’s exports.

Shining a light on the deep technology industry, we recently spoke to Duncan Walker, of Walker Optics, to find out more about optoelectronics, globalisation and hidden technology.

Hi Duncan, thanks for chatting with us. Firstly could you tell us a little about yourself and what you do?

I am a freelance optical designer and I’ve been doing it for about 10 years now. It basically means that I provide all design services to a whole range of companies and businesses who need it. Usually, I work a mixture between longer term contracts, often with larger organisations, and one off projects with smaller companies that don’t necessarily have the optical expertise in house and don’t have the requirements to have it in full time, so they make use of someone like myself for a project that requires optical design for their systems.

What does an Optical Design Engineer actually do?

Optical design is really about taking the light from a source, whatever that is, to a detector. For example, it covers a whole range of requirements. There’s a whole area of illumination Optics when you’re collecting light from the light source, whether it’s a light bulb, an LCD or a laser and you need to then get that into a certain form, like an angular distribution or a spot at a target plane. At the other end there’s imaging Optics, which is essentially a camera. When you’re trying to take and a get a good quality image of something, you’re using Optics.

Is that similar to Photonics then?

It’s a subset of Photonics, I would say. Photonics in itself is an enabling technology, which most of us are unaware of just how much we are actually using it. Optics is within that, so Photonics covers everything, like how you build a laser, an LED, a light source, a detector, and the Optics within that is how you get the light from one place to another.

Yes, I mean that’s one of the interesting things about Photonics and Optics to me; it’s very rare that you go out and buy something you can say ‘that’s an optical system’. If you’re buying a camera then yes but most of us don’t even bother buying cameras these days; we’ve got a smartphone and they have cameras built into them and as such, Photonics has become very much a hidden technology. It’s in an awful lot of things that we use; it’s used to manufacture a lot of things that we use on a regular basis but most of us have absolutely no idea just how dependent we are on Optics and Photonics.

What are your views of the Optoelectronics market, in particular in Scotland?

In general, the Optoelectronics market at the moment is strong and growing. It is, as I said earlier, a hidden technology. A lot of people are not aware of just how much we use it and the number of applications and number of ways in which it’s been used is increasing dramatically at the moment. One example that I often quite like to use is that in the banking bust of 2008, everything took a dive. Optics and Photonics was flat, maybe increased a little, and again dropped a little. By and large, it was flat for a couple of years but has since increased at rate of 5% to 10% a year. That’s primarily because people are finding that there’s more and more things that require Optics and Photonics. You just have to look at your mobile phone, for example, the typical mobile phone today has a camera in it. That’s Optics. It’s got a display on it which is basically mediated by Optics. A lot of the processing in your phone is carried out by lasers. The new facial recognition approach that Apple and others have started to adopt are using lasers to do that. Increasingly, your phone is becoming a more and more complex Optics and Photonics device but that’s not something that you and I, on the whole, regard it as but it is.

Do you think that the industry benefits from using ‘hidden technology’ or do you think industry would benefit from being highlighted and more well-known?

That’s a very hot topic within the Optics and Photonics community at the moment for a couple reasons. As an industry, it’s a lot more fragmented than others. For example, Optics and Photonics in the UK brings a similar amount into the UK economy as pharmaceuticals. However, where pharmaceuticals is dominated by a few very large companies, household names that everybody knows, Photonics is a lot more fragmented. There are a lot more small companies doing various bits and pieces around Photonics and Optoelectronics. As previously mentioned, it’s very rare that there’s a product which you could hold up and say this is an Optics product. You build the product and say ‘this is a medical product and but it’s got Optics inside’ or ‘this is a communications product and it has got a lot of Optics inside’. The industry as a whole is struggling with how to make ourselves more visible and make people much more aware of just how fundamental Optics and Photonics are today. We need to be confirming this in conversations with government and others. It’s a very important discussion to have and we do need to be better at as an industry.

I noticed on your website that you worked in Germany for a while, how does the UK market compare to Germany’s?

Certainly in the Optics and the Photonics market, Germany is the biggest contributor in Europe by a distance. I think that follows on from a couple of strengths within the German system. Technically, they tend to be more thorough and they’ll go into things in an awful lot more detail and work it out in advance.  Part of that is because, in Germany, an Engineer is regarded as a highly skilled worker with an equivalent social status in rank to what we would consider the professions in the UK, so like a lawyer or accountant.

In the UK, there is the idea that anybody can call themselves an Engineer, so when you’re trying to encourage people to move into the industry to get involved in design, they perhaps feel like those jobs are not as high status as a career in law or accountancy.

On the flipside, in Germany, they can be a bit more rigid in the way they do things. There’s a lot less challenging from junior Engineers. If you have a certain level of authority or position within a company, junior Engineers tend not to challenge someone superior in the same way that might be encouraged in the UK. So there’s probably more flexibility in the UK but on the whole I would say the disadvantages of the UK approach outweigh the advantages at the moment.

So what in particular excites you about the Optoelectronics market in the UK at the moment?

I think the Optoelectronics market is a global market. I think to just constrain a business to a particular geographic region, in today’s world, is not necessarily a recipe for success. Obviously, if you work in retail you very much have to deal with local markets and local demands but when designing and making products for global distribution, you must think in terms global markets. I think that Optoelectronics is very much that way. Think about some of the major companies like Leonardo or Thales, they are multinational companies with a very strong Scottish presence and they are primarily exporting. In general in the UK, that is true of the Optoelectronics market as a whole, optoelectronic companies are exporting. So to think locally in that respect is a mistake but to think within the local environment, in terms of the availability of expertise, is critical.

One of the nice things about being in Scotland is that there’s a very strong university base. These universities have strong areas of expertise in the broader Optics and Photonics areas and therefore there’s a steady stream of graduates who have those skills and have the potential to move into those markets. It also creates an environment where start-ups are founded and nurtured, continuing to build the environment at university level is critical. I think that’s partly why people and companies come to Scotland. It’s why the likes of Thales and Leonardo have strong bases in Scotland because they have strong links with the universities, graduates and links to the research so that base feeds a level of expertise.

Do you think there’s currently a good flow and a good number of people coming through these courses?

The short answer is no. If you go to any forum where there’s a gathering of project managers from the big companies, the single complaint they always have is there is just not enough expertise around. And that’s partly because again it’s hidden technology. A lot of people applying to university are not aware of the opportunities in Optics and Photonics. It stems from what I was talking about earlier, the problem in the UK that numerous graduates tend to look to the finance market or law, Engineering is the second best idea, which is a UK problem.

When I say there’s a shortage of experts, it’s not just a UK problem; it’s a worldwide problem. You can go to any conference anywhere and you’ll get the industrialists talking about it; they’ll say there’s just not the expertise in the Optics and Photonics area to meet the increasing demand.

So in that respect then what do you think makes a great tech company?

In the technology world, as with any product, there is a whole balance of things that need to go into making a successful product. The danger for technology companies is that we’re all technology enthusiasts and we get very excited about what the technology can do or might be able to do it or how far we can push it, that sometimes we lose sight of our goals. What makes a great technology company is probably identifying where the market need is, preferably before anybody else does, and then developing the technology to meet that need and knowing when to stop. I think the trap a lot of start-ups fall into is that they keep fiddling with the product. There are times you just have to stop and say “right this is a product, I’m going to go and sell this for a while. I’ll keep developing the next generation but I don’t need to have different variants for different customers because that way I’m never going to make profit.”

You need to have a product that you can turn out consistently and so good tech companies need to have the flexibility to change direction but they also need to stop in the design process at sensible moments, otherwise the whole the market may move on and you end up missing out.

Enigma People Solutions is an award-winning technology recruitment consultancy. Visit our job search page for the latest vacancies in photonics, electronics, semiconductor, and software in Scotland. Check out our blog for the latest in the technology industry. You can get in touch with us [email protected] or call us on 0141 332 4422/0131 510 8150